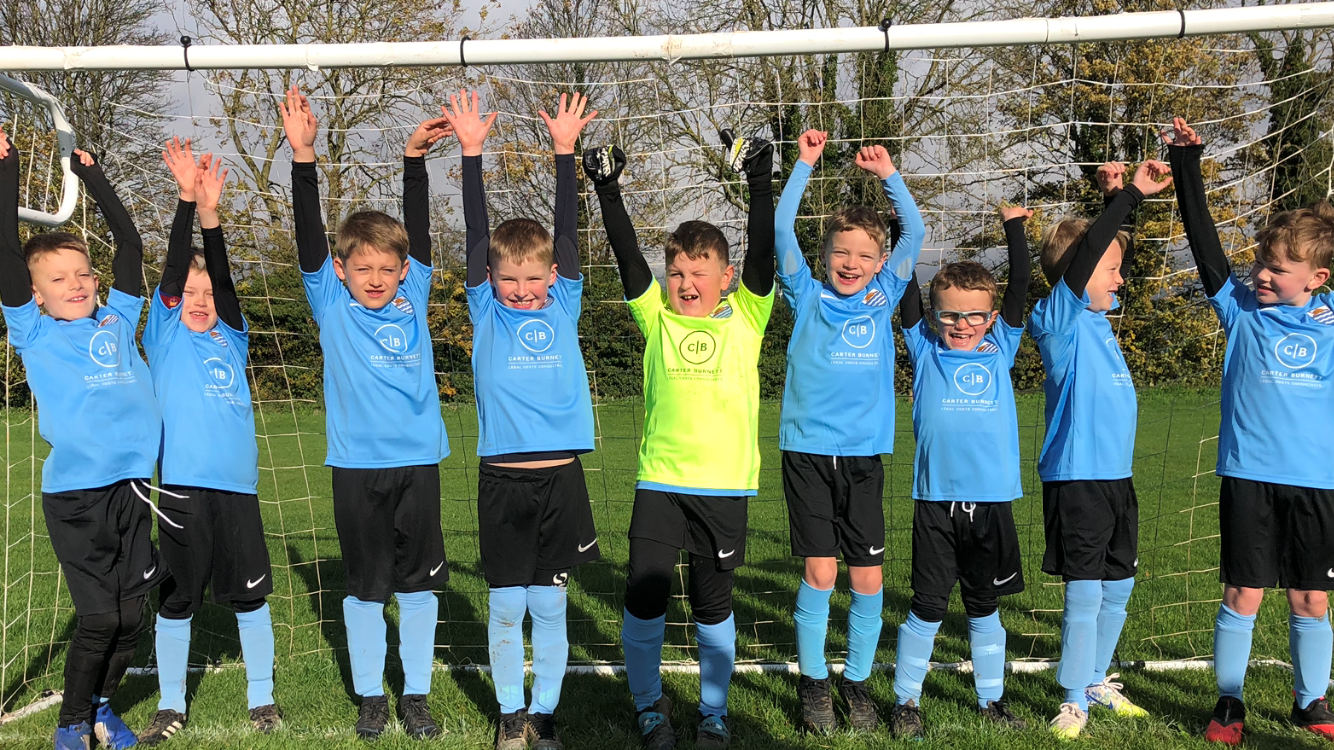 Posted on 2nd November 2020 at 16:12
CARTER Burnett is delighted to have reaffirmed its commitment to grassroots sport by agreeing to sponsor three junior football teams for the 2020-21 season.
Players from the Beverley Town Moles under-8s will proudly wear kits featuring our logo after we agreed to act as the main shirt sponsor for the new campaign.
Beverley Town Moles under-10s will also display our name on the back of the warm-up jackets which they wear before and after matches.
Both sides, who play in the Hull Boys Sunday Football League, are made up of players who live in the Beverley area where our head office is based.
Our logo will also feature on the training jackets the Heaton Hawks under-8s, an FA Charter Standard Community Club based in Newcastle – the area where our Solicitor Seamus Kelly is located.
Commenting on the sponsorships, director Lee Carter said: “Everyone knows how important playing sport is for the health and well-being of young children, so we are thrilled to be able to support these youngsters on their footballing journey.
“As a business which is based in Beverley, we fully understand the key role that Beverley Town football club plays in the local community. It has teams ranging from under-7s right through to adult football and the volunteers who run it put in a lot of hard work.
“We know how much time and organisation goes into running the club, with parents and volunteers giving up hours of their free time to make every training session and game a rewarding experience.
“We’re delighted to be able to help and support these youngsters. We hope they enjoy a successful season.”
Share this post: