Posted on 2nd August 2021 at 09:26
By Sean Linley, Costs Draftsman
The final report on the SCCO Guideline Hourly Rates has been published by the Civil Justice Council. To be clear these are the final recommendations of the CJC and it is for the Master of the Rolls and the CJC as a whole to consider whether to accept the recommendations. The report does send a clear message that Guideline Hourly Rates should increase. In this post we examine the key findings arising out of the CJC final report.
The Recommended Rates
Let's get straight into the headline information. What hourly rates are proposed? The CJC recommended that the rates proposed in the previous interim report are those which should be adopted.
What can be gleamed is that increases across the board have been recommended which will be welcome news to receiving parties. Unsurprisingly, paying parties had argued that no increase was justified and in some cases, should even be reduced. 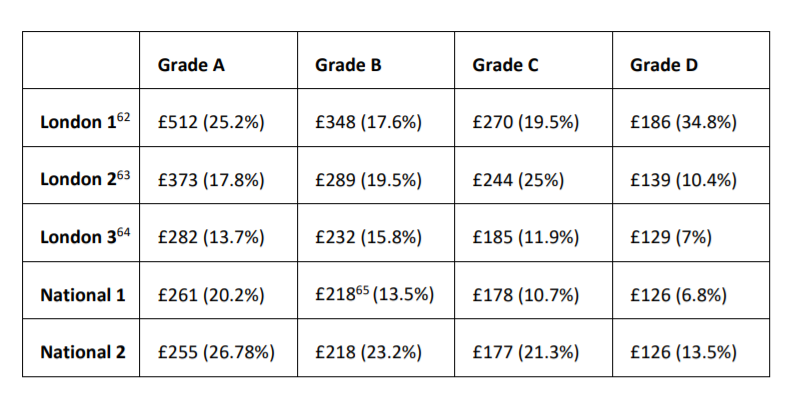