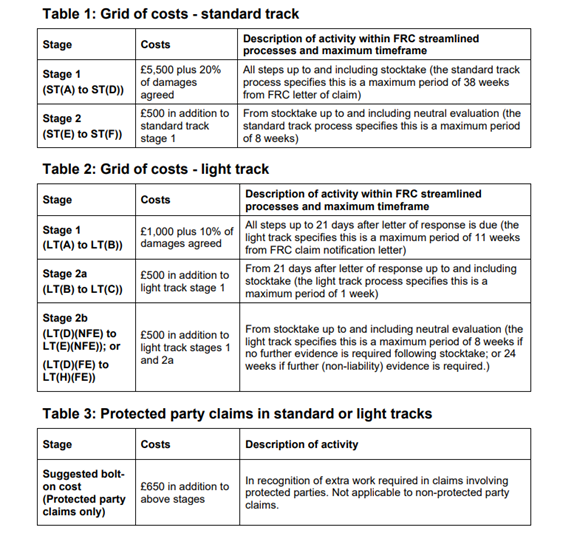 Take-aways
The reality is that any fixed recoverable costs scheme needs to ensure that Claimant lawyers are able to be remunerated fairly. If the fixed recoverable costs are set too low then this could have a knock on effect on both the quantity and quality of legal representation available. At the heart of the proposals should be the victims and ensuring that they can have a means of access to justice. This is why this consultation is so fundamentally important. If claims are not commercially viable then claims will not be brought. If claims are not brought then this could impact patient safety, should healthcare providers not be aware of issues arising. It will be interesting to see what impact fixed recoverable costs will have as to practitioners acting on lower value claims and on claim numbers generally.
The issue of commerciality and viability of bringing claims is an uncomfortable truth. If the work is not profitable then it will undoubtedly have an impact. It will also require practitioners to quickly embrace and adapt to the new processes. Third parties will also need to get on board with barristers and experts all needed to buy into the scheme.
It can also be said that many of the clinical negligence claims brought are reflective of an underfunded system, fraught with conflicting pressures. A common argument is that time and investment is better spent on prevention. Reducing instances of clinical negligence equates to less claims and consequently less expenditure all around.
It is unlikely that anyone disagrees that more money for frontline services is a good thing and it is hard to argue against the principle that the costs of litigation, should ideally be reduced. It must, however, reflect the commercial realities of bringing a claim and cannot be a barrier to access to justice.
Practitioners do not want an inefficient system nor one that sees fixed costs set too low or stagnate for years without review (like the current Portal fixed costs). There is suggestion in the proposals of a review of any FRC scheme not later than five years after implementation. One of the aims of the review would be to look at the upper limit of £25,000.00 damages and whether this might need to increase. At this stage it is to reflect inflation but we have already seen a gradual increase to the upper limit in most civil litigation claims, presently culminating in an extension to claims of a value of up to £100,000.00 come October. Perhaps, when reviewing the limit “at regular intervals” they could also review the level of fixed recoverable costs in line with inflation? This ought to be a commitment that is made now.
The consultation is not about lawyers or healthcare providers, it is about patients, patient safety and access to justice. As the consultation acknowledges “every instance of harm is one too many […].” The wider impact of these reforms will be significant and this is why it is vital that everyone exercises their right to have a say.
You can respond to the consultation either via the online survey, by post* or by e-mail FRCconsultation@dhsc.gov.uk. The deadline for responses is at 11:45pm on 24 April 2022.
*The postal address is Clinical Negligence FRC Consultation, NHS Policy and Performance, Department of Health and Social Care, 39 Victoria Street, London, SW1H 0EU.
We are always happy to have a no obligation chat about how we may be able to assist with all aspects of costs litigation. You can give us a call on 01482 534567 or email info@carterburnett.co.uk for a friendly discussion with our experienced team.
Tagged as: Clinical Negligence, Fixed Recoverable Costs
Share this post: